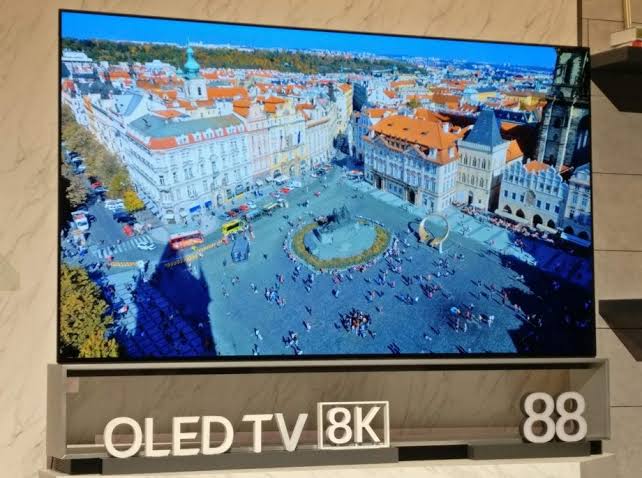 LG’s most extravagant and high-spec’d TVs ever is about to be launched. LG has announced shipping details for the world’s first 8K OLED TV, the 88in 88Z9. Pre-orders are starting this week in South Korea where LG is based in.

LG has revealed a third quarter Europe and US release of their 88Z9, so expect this elegant display to ship to you in September.

LG’s announcement wasn’t all that complete, as they have not released pricing for the television yet.
The 88Z9 8K TV is going to be one of the world’s most expensive TVs, with a five-figure price tag. I believe we’ll be able to have a price tag figure once the Korea pre-order opens.

The 88Z9 comes with the brand’s top 2019 TV specs like the Alpha 9 Gen 2 Intelligent Processor, both AI Picture and AI Sound processing, ThinQ AI with Google Assistant and Amazon Alexa, support for Dolby Vision and Atmos, and HDMI 2.1 with eARC support. All the connections, as well as a built-in soundbar, are housed in the stand, although the TV can be wall-mounted.

For TV buyers with more modest budget, there is, of course, LG’s 4K OLED range, which are coming out to stores.